Note from Nayad: Last interview of the series! I've been posting interviews

with authors contributing to my speculative fiction anthology, WHAT FATES IMPOSE: Tales of Divination, which is all about the conflicts and problems that make people want to predict the future, followed by the new problems that come from trying to find out what's next.

It's also the last day of the Kickstarter Fundraising Campaign for WHAT FATES IMPOSE, and although we are fully funded (yay!) you can still get in on it to pre-order the book and get awesome rewards until 8pm Central TODAY, July 14th, 2013. All extra help we get will go toward the finishing details for the book and making more books like it possible, because we want to keep on creating anthologies and paying authors the pro rates they deserve.

You can easily tell your friends about the project by using this page to give us three clicks. Time's almost up! 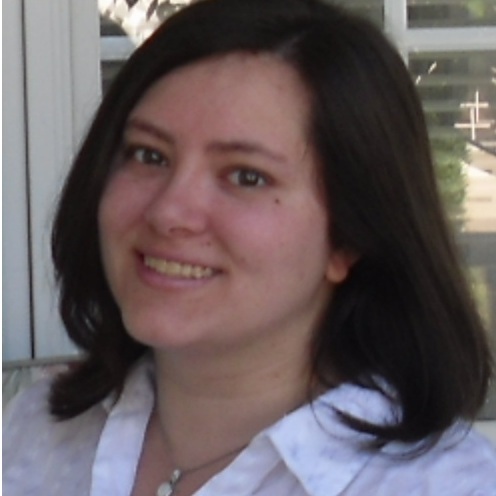 Amanda C. Davis writes short stories in the genres of science fiction, fantasy, and horror. Her work has appeared in Shock Totem, IGMS, three Triangulation anthologies, and others. She works in the combustion industry by day and spends her nights baking, live-Tweeting horror movies, and embarking on the occasional harebrained scheme (with varying results, but at least her failures make entertaining blog posts).

Amanda's story in WHAT FATES IMPOSE: Tales of Divination, "The Scry Mirror," shows how managing one's expectations is a crucial element of happiness, and it digs into some seriously creepy depths.

Here's Amanda with her thoughts on writing and what looks like an awesome egg recipe: I'm going to have to try it! *for a solid three minutes, mirrors around the world reflect the wrong images*


Depends. Put enough coffee in me and I'll lecture for hours. On the other hand, I'm constantly telling my crit partners that I'm always wrong about everything. I'd probably better just stick to that for now.


I'm definitely one of those writers who pulls the same themes over and over again. I love sacrifice and loss, dread, the realization that you've been wrong for a really long time. Following your duty to a terrible end. I like to treat magic like science and science like magic. And I've got this stable of character types who keep appearing in various shapes and sizes, to the point where I've named them, and can recognize them and their hybrids even where I didn't expect them. I couldn't speculate on why. It'd just get embarrassing.


What's your favorite story of all the stories you've written, and why?


I don't necessarily have a number-one favorite, though within genres, I'm more satisfied with some than with others. Can I pick two? People seemed to like "Drift" and "Shimmer."


What do you like and dislike about the process of writing a story for a themed anthology?


I pretty much love everything about it. I thrive on deadlines, and I approach prompts and themes as puzzles where I have to find the approach that's maximally appropriate, unique, and interesting to write. The only downside might be that stories written to theme can be harder to place elsewhere, which is why (shh, trade secret) I often incorporate a second or third element that's in regular demand. And anthologies! I adore them. Don't get me started. I'm so excited about the table of contents in What Fates Impose, so excited to read it.


Where can people find other published work of yours?


All my published work is linked from my bibliography. Earlier this year, World Weaver Press released a collection of my sister Megan Engelhardt's and my fairy-tale retellings, available in a vast bouquet of formats, and we're very proud of it: http://worldweaverpress.com/books/wolves-and-witches/


What else would you like to tell people about any subject?


One egg. Quarter teaspoon coarse-ground black pepper. Half tablespoon crumbled feta cheese. Two tablespoons chopped baby spinach. Scramble, fry on medium-high, flip when the bottom holds together on a spatula and the top is solid enough not to slide off. Fold in half. Top with ketchup or hot sauce according to taste, but you don't need it; that's a lot of black pepper.


*
Last day to get involved! The WHAT FATES IMPOSE Fundraising Campaign closes TODAY, July 14, 2013, at 8pm Central. Join us and be a part of making history!