The One with the Year Ending

This year was, to be all cliché about it, a roller coaster. BIG GOOD THINGS alternating with BIG BAD THINGS in a way that I haven't really experienced before, most years. I'm not going to get into the bad ones, because I dwelled in them at the time and I don't want to dwell anywhere near them anymore. I think I've learned some things from them, at least, and I'll be using the knowledge I've gained for the rest of my life, which should turn out to be helpful. I think that's the best way to look at it.

So. In my writing and editing news, the good thing that's the most current is my story for Steampunk World, a multicultural steampunk anthology that's now in the last days of a popular Kickstarter campaign! "The Emperor Everlasting" is an alternate history story in which the Incas were much more successful in the world than they were in the actual past you may have learned about. Intrigue unfolds as a royal Deviser is thwarted in her every effort to complete the most important job in her nation's history! Who wants to read about a country that features battle llamas? Maybe you? Then here's what you need to know: 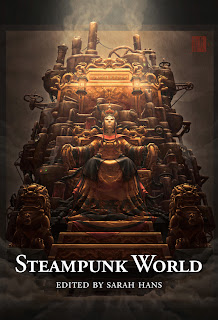 My most exciting professional development was editing my first anthology, What Fates Impose, which was published after its own successful Kickstarter campaign earlier this year. The fundraiser allowed the publisher to pay professional rates for all of the stories, because paying writers well for their work was one of the top goals for the project. And so we created this anthology of new tales of divination! 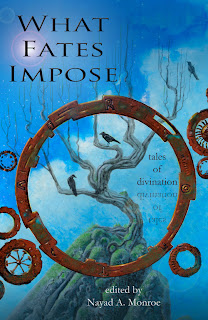 What Fates Impose
Featuring stories by Cat Rambo, Ken Scholes, Lucy A. Snyder, Tim Waggoner, and many more!
*
2013 included the planning stages for TWO new editing projects for me, so I'm looking forward to doing that work in 2014! I will write more about those projects as more of the details are sorted out.
*
﻿
﻿
There's only ONE MORE MONTH left to get copies of two soon-to-be-discontinued science fiction anthologies that contain stories of mine﻿. It's not great news that they'll be gone, but at least there's time to grab them! Because they contain many wild stories about life in space, including my own "An Assessment of the Incident at Camp Righteous" and "Running in Wonderland."
*
I did some good reading this year, too! My project of reading a Story Each Day for the whole year fizzled out at the end of August, but by then I had read over 250 stories, so I still feel good about it. That's approximately a million words of fiction, at minimum, which is around ten novels' worth. That's in addition to the other thirty-four books I read! Some of the best books I read this year were:
(I realize that I was WAY LATE to reading many of these, but they were definitely as excellent as everyone had been saying!)

This concludes 2013! Best wishes and good luck for 2014! I'll leave you with a recommendation for my favorite blog, which offers science-backed recommendations for living well and being happy:
Barking Up the Wrong Tree: How to be awesome at life.
﻿
﻿
Posted by NayadMonroe at 11:06 AM No comments:

Two Books I'm In Will Soon Go Out of Print!

I got a letter this week that told me the company which published a couple of my stories will be dropping most of its books. It's a struggle to run a small press, and often the profits don't even come close to matching the level of work involved, so the decision is understandable. But in case you're interested in grabbing some books that may be rare collector's items one day (I CERTAINLY HOPE), I'll post the links below. The books will be discontinued as of January 31, 2014, so order before then because it's your last chance! I will get a tiny cut of any sales that transpire, but more importantly, I hope to get more copies out into the world because soon they'll be gone forever... 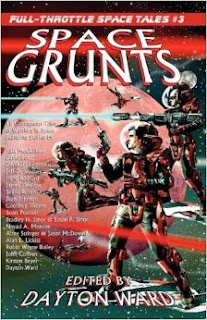 Space Grunts: Full-Throttle Space Tales #3 is a military science fiction anthology edited by Dayton Ward. It contains my short story of a militant theocracy gone terribly wrong, "An Assessment of the Incident at Camp Righteous." The story is set in a prison camp for native aliens on a planet that's been conquered by humans. 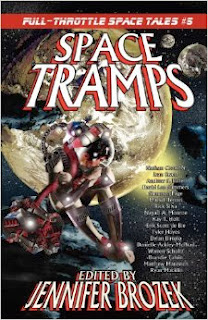 Space Tramps: Full-Throttle Space Tales #5 is a science fiction anthology about vagabonds in space, edited by Jennifer Brozek. It includes my novelette, "Running in Wonderland," which is about a mentally ill refugee who must navigate through the criminal parts of a huge space station as part of her quest to find a home on a frontier planet.

In other news, I AM MOVING. I've lived in my current house for over twelve years, which is the longest time I've ever lived in the same place, and I've accumulated ABSOLUTELY TOO MUCH STUFF. Sorting through it and getting rid of the excess has been taking up lots of my time, but that's a good idea in itself AND the new house is in a much more convenient location, so the effort is worthwhile. The official move will be in early January.

I hope you'll enjoy any holidays you celebrate, and also all of the other days coming up!
Posted by NayadMonroe at 9:11 AM No comments: