AUTHOR INTERVIEW: Alasdair Stuart Note from Nayad: The series continues. This week and next I'll post interviews of the authors contributing to WHAT FATES IMPOSE: Tales of Divination. ADVISORY: every one of these authors is full of talent and marvels. I hope you enjoy what they have to say!

As of this morning we have only eleven more days to go on the Kickstarter Fundraising Campaign for WHAT FATES IMPOSE: Tales of Divination. We're up to $3,368 from 136 Beloved Backers, but we still need some help to get to $5,000! 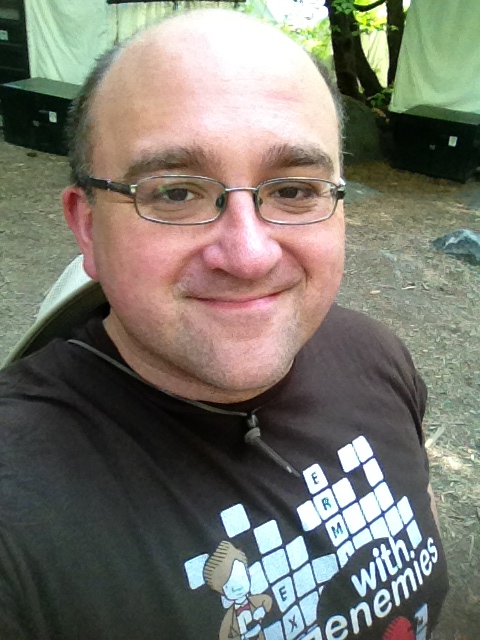 Alasdair Stuart's introduction to WHAT FATES IMPOSE is the kind of inherently interesting piece of writing you often see as a non-fiction article but rarely get to have at the beginning of a book, because someone wrote in some Publishing Scripture somewhere that nobody actually reads introductions, but you still have to have one for Reasons. Well, you're going to want to read this one. I mean, first of all, it's called "Singing from the Book of Holy Jagger." It must come from a different sect than that Publishing Scripture I mentioned. But you don't have to just believe me about how good it is. You can listen to Alasdair reading the heck out of a portion of his intro on the project's page by clicking that great big arrow in the middle of our cover image.

And here he is! It's Alasdair! With ideas about divination, and thoroughly correct writing advice. *cheers*

The fact it’s the point where faith, math and fact all collide. I’m taking an extended leave of absence from religion after a couple of particularly nasty experiences but spirituality and faith is something which I still feel a strong call towards. I’m also naturally inclined towards wanting to work out what might be heading down the line so if it’s rubbish I can turn the lights off and pretend I’m not in.

Aged 15 I had a medium tell me a variety of things, pretty much all of which turned out to be crap. Interestingly, I still believe, due to some of the things I saw rather than what I was told.

Oh I have A BUNCH, that’s the beauty and the horror of it, everyone does. This is what it boils down to for me though:

Suck it up, Princesses.

Keep doing what you do and when you absolutely cannot believe you still have to do what you do and the solid gold helicopter has yet to be delivered to your house atop the backs of platinum horses playing Beethoven’s 9th on noseflutes? You have, as the song says, only just begun.

I host Pseudopod at www.pseudopod.org, one of the Escape Artists family of podcasts. We do horror fiction and it’s my favourite job. I write for a lot of places, but Pseudopod is my home.

I blog at alasdairstuart.com . That’s where the fun stuff is.

I blog for sfx.co.uk on a regular basis and there’s usually something by me on the front page.

I write for bleedingcool.com from time to time on comics and movies.

I’ve also written a huge chunk of the Doctor Who RPG, not all of which is currently in print thanks to the pesky Time Lord’s habit of regenerating. However, I’ve written the 6th Doctor sourcebook, out later this year and have other work inbound.

Only eleven days left until the WHAT FATES IMPOSE Fundraising Campaign succeeds or fails on July 14, 2013. It's all or nothing!

Posted by NayadMonroe at 9:26 AM