I went into reading this book with high hopes, because I thought a novel about making video games, with a mystery involved, would be interesting. But...

The first problem is that whoever wrote the jacket copy made false promises. The main character, Russell, gets a job with old high school friends at their company, Black Arts Games. The book's description says, "But mostly he needs to know what happened to Simon, his strangest and most gifted friend, who died under mysterious circumstances soon after Black Arts' breakout hit." This is a lie. Russell reminisces about things they all did together back in their high school days, but hardly gives a thought to the circumstances of Simon's death. The false expectation set up there IS NOT THE AUTHOR'S FAULT, but there are plenty of things that ARE the author's fault, and he is not helped by the way the cover sets readers up for disappointment.

To start with the positive, as far as I can tell Grossman gets everything right when he describes the video game industry in the late 1990s; I've known many people in that field since the early 1990s, and I was tickled to see mentions of a couple of people I met long ago, John Carmack and John Romero. But describing an industry accurately does not necessarily make an interesting story. Russell is a very low-energy main character, who sort of drifts into his job as a game designer without really caring about games, and then he gets an undeserved promotion to lead game designer when a bunch of the company's employees leave. He does develop some motivation and job satisfaction along the way, but then the book wanders into long, long, long descriptions of him playing through the whole backlist of the company's games, and having conversations with the games' characters that could be interpreted as either imaginary or magical.

The most interesting thing about the book is the hunt for a mysterious "bug" that goes through all of the games, occasionally causing the appearance of a devastating weapon that wreaks havoc and does things it should not be able to do. However, I found it difficult to stay interested through the looooooooong sections of game summary. There's hardly any dialogue in the entire book, and few scenes with conflict, tension, or action that's shown directly. Russell spends a lot of time pondering the nature of games and wondering whether it's okay to like his job rather than preferring to work in a more conventional profession, such as being a lawyer (he's a law school dropout), but he never seems to fully engage with his life and move forward.

And another thing! There are many places in the book where Russell describes things that he wasn't present for, such as events in Simon's life, so he shouldn't know about them. They could possibly be interpreted as vivid imaginings, but they're not presented that way. They're told as if they're facts and Russell is an omniscient narrator. That bothered me every time it happened. I was not as bothered by the shifts between Russell's first-person story and the sections of second-person "you" describing the player in a video game, but the third-person omniscient sections took it too far.

The book was just barely engaging enough to keep me reading all the way to the end, but it took a lot of work to get through the second half, and I kind of wish that I hadn't.

Check out my Goodreads page to read more of my opinions about books!

Posted by NayadMonroe at 9:57 AM 3 comments:

When Depression Strikes at the Worst Possible Time

Real depression is rare for me—like maybe one short bout every few years, due to circumstances. This summer I had the highest number of simultaneous high-importance deadlines of my life, and in the middle of those I had a sudden and painful interpersonal drama from the least likely direction, and then because of those things all at once, I strained my neck from sitting in front of the computer for way more hours than usual, under way more stress than usual. And then I took prescription pain medication for that and worked in a fog for several days, and then discovered this new dance craze called "withdrawal symptoms" (not actually either a dance or a craze). 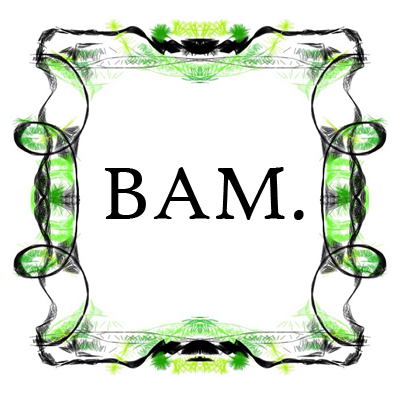 So what did I do about it? And what can you do about it if a similar thing happens to you?

First, I took a couple of days to just rest. I did whatever I felt like doing. If it was crying, fine. If it was getting into bed and alternating between napping and staring at the wall, fine. I started with the easy ones like those and ended up with more enjoyable ones, like reading The Road, by Cormac McCarthy (because although it's grim, it gave me perspective on how my life wasn't really so bad), and listening to Maria Bamford's new comedy album, which is GREAT, and perfect for anyone who occasionally goes to the dark side in their thinking. I was still depressed at this point, but I started to feel it lifting slightly.

Then I listed all the things I thought I SHOULD get done, and narrowed the list down to only the things I HAD TO get done, with completion dates. I figured nothing was going to be much fun for a while, so I might as well just methodically go through my work step by step and stop having to worry about those obligations. That helped. I get a lot of satisfaction from checking items off a list.

Still in a funk, I added in exercise: taking long walks in the mornings, before it got too hot and sticky outside. I also fixed my nutrition by adding in more fruits and vegetables and reducing junky, fatty, and sugary foods (not eliminating, mind you, but cutting down). That's when I started to have longer stretches of feeling better, especially for the few hours after the walks. Those walks also gave me good opportunities to think through my problems and decide how I wanted to handle them. It's much easier to think when I'm away from my usual environment, which is full of chores and time-wasters like Facebook games. Which I had been playing too much in an effort to just not think about it for a while. That escape was probably helpful at first, but after a while it's time to stop hiding and make some changes.

This whole issue was why I delayed my Victory Mohawk. I wanted to be able to feel sincerely victorious for those pictures! And I did.

Now I am back to my usual level of cheer, with some new insights, and my energy level is back up. So! If you have occasional funks or depressions, following a similar process may be helpful. If you have serious depression frequently, add a call to your doctor ASAP, because frequent, intense depression is an illness that needs treatment just like any other serious illness.