Author Interview: Erika Holt Note from Nayad: The series continues. This week I'll post interviews with authors contributing to my speculative fiction anthology, WHAT FATES IMPOSE: Tales of Divination. If you want to read twisty tales about struggles with destiny, this anthology is for you. I hope you enjoy these author interviews!

As of this posting we have only 30 more hours to go on the Kickstarter Fundraising Campaign for WHAT FATES IMPOSE, and WE ARE FULLY FUNDED. Yay! We're up to $5,185 from 217 Beloved Backers!

You can still pre-order the book and get awesome rewards until 8pm Central on Sunday, July 14th. All extra help we get will go toward the finishing details for the book and making more books like it possible, because we want to keep on creating anthologies and paying authors the pro rates they deserve.

You can easily tell your friends about the project by using this page to give us three clicks. 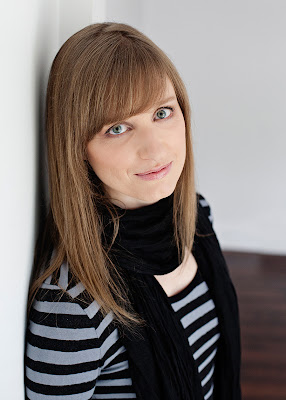 Erika Holt lives in Calgary, Alberta, where she writes and edits speculative fiction.  Her stories appear in Shelter of Daylight Issue 6, Evolve Two: Vampire Stories of the Future Undead, and Tesseracts Fifteen: A Case of Quite Curious Tales.  She is also co-editor of two anthologies from EDGE and Absolute XPress: Rigor Amortis and  Broken Time Blues: Fantastic Tales in the Roaring ’20s, and assistant editor of Nightmare Magazine. I can give you my personal guarantee that she's fun to drink with!

Erika's story in WHAT FATES IMPOSE: Tales of Divination is called "Murder of Crows," and it's a chilling tale about the nature of trust, belief, and terrible choices.

Now here's Erika to tell you about her methods of developing stories, some of her favorite writing themes, and her thoughts on divination. *all the crows in the world startle into flight*

To be honest I don't really believe in divination, though it's fun to explore in fiction. I'd like to think that there are forces at work in the universe that we don't understand, but divination suggests the future can be known, which in turn suggests an order or predictability to things that I don't really buy into. I hold out hope that there's some meaning to it all, but it seems more likely that the courses of our lives are the product of free will and random chance, rather than destiny or fate. Although, that said, I do tend to believe that my horoscopes are pretty accurate...

I went to see a MUSE concert, and the opening act was Band of Skulls. Their bass player and occasional lead singer is this very tall, slim, androgynous lady named Emma Richardson, who totally rocked! She, together with Joey Ramone, inspired the character Jack in my story, and I went from there. I often start with a character and then build a story around them.

Hm. Well, I still consider myself to be an aspiring writer, so I'm not sure how valuable my advice is, haha! The three things that most helped me develop are: 1) getting into a consistent writing routine--the more time I take off, the harder it is to get back into it; 2) having my work critiqued by someone I respect and with more experience than me; and 3) reading slush--it helps me learn how to make my stories stand out.

I often seem to write about outsiders, loneliness, and searching for identity, though I don't necessarily set out to do that. I think these themes just resonate with me as, like many creatives, I never quite felt like I fit in with my peers growing up. I had friends, but always felt a bit different. I know what it's like to be in a group and still feel alone.

I don't dislike anything about it! I think it's a great exercise. Not that I could write a story on just any theme that came along, but it often gets me writing something I might not have tried on my own. And I seem to be more successful that way. Most of the stories I've sold have been to themed anthologies.

My story, "The Deal," appears in Evolve Two: Vampire Stories of the Future Undead (EDGE); "Just Dance" appears in Tesseracts Fifteen: A Case of Quite Curious Tales (EDGE); and "Two Crows" appears in Shelter of Daylight Summer 2011 (Sam's Dot Publishing).


Only 30 hours left until the WHAT FATES IMPOSE Fundraising Campaign closes on July 14, 2013. Join us and be a part of making history!

Posted by NayadMonroe at 1:28 PM