The Double Friday Report for Januarys 29th and 22nd, 2016, Because I Missed Last Week 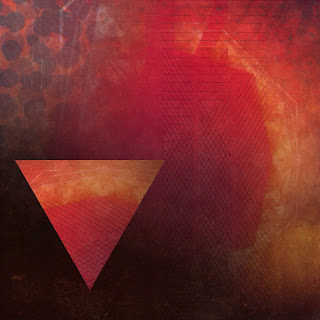 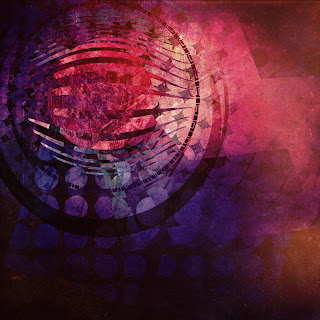 Double the Instagrams, double the fun!
(Click the link to see so many more, you will be BOGGLED)

Good day to you! Last Friday my eldest son gave a presentation at school, so I went to that instead of blogging. I thought I'd just blog on Monday. GUESS HOW THAT WORKED OUT.

Last week, I did some good work on the story I'm writing. I had the realization that, for once, I had started it at a point too far into the story, and it could use a new beginning that would show the inciting incident. Usually it's far too easy to start a story too early in the character's timeline, which can slow down the pace by including unnecessary information. I felt good about figuring that out, but I still didn't know the ending.

I'm about to do something that's a bit uncomfortable for me, but I've been inspired by Austin Kleon's awesome book, Show Your Work!, so this is his fault. I decided to figure out the ending of my story by writing a sonnet, because I love writing them--they're like making up your own puzzle and solving it as you go along--and I thought it would trick my subconscious mind into revealing a solution for me, which it did. The uncomfortable part is that I don't tend to post this sort of stuff, because it's not finished, it's more like poetic notes, but I'm going to take Kleon's advice and post that sonnet.

A young child weeping helpless on the ground,
And half-hid under bushes, turned away,
Reveals a secret, once she has been found,
Her eyes a mix of power and decay.

A kindness met with slash of sudden claw--
A fever builds, unconsciousness, abyss--
Awake anew and see with horrid awe
The world beneath the surface is amiss.

So enter, now, the traveling milieu
Where poison--posed as healing--fakers give,
Then thread the maze, a pathway shown to few,
And heal the sickness, only then to live.

The wound received has turned into a gift,
The wicked ones returned back through the rift.

This is not a sonnet that tells a story clearly by itself, but it's like a message from my subconscious mind to me. A few of the lines came out as complete surprises that showed me exactly what to do in the story, and now I know my ending. I still have to write it all out, but I do much better with that part once I have an outline, no matter what form the outline takes.

Writing: I've written over 3,000 words on the story, and I would like to finish a rough draft of about 6,000 words total by the end of next week.

Reading:
January's Other Project: My new office. I've moved furniture around and hung an organizer thingy on the wall--it's a chalkboard on one half, and has wire mesh to clip things on with mini clothespins on the other half. I have yet to assemble my new desk, office chair, and small set of shelves, but there's not much procrastination between me and those tasks!

Posted by NayadMonroe at 11:26 AM No comments: 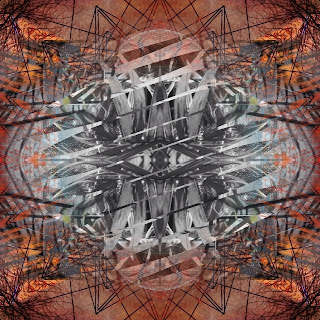 This is one of the two images I posted on my Instagram page this week.
(I know I SAID I'd only do one per week, but sometimes I need to make more art!)

This week I had a lot of Life Business to attend to. I AM NOT A FAN OF LIFE BUSINESS. But it has to be done. There's a great big oak tree in front of my house, looming over my roof, which is missing a large patch of the outer bark that's supposed to be on the trunk, and it has dead branches and a tendency to drop chunks of dead branch even when there's hardly any wind blowing. I live in the Midwest. We are kind of KNOWN for wind, and I've been nervous about that tree for several months now, without being able to do anything about it. The rule about oak trees, around here, is that they are not to be trimmed or cut down in the warmer times when the healthy oak trees might catch their diseases. We had pretty warm weather (for Wisconsin) into December, but now that it's well and truly cold I can get the tree, and its buddies that need trimming way back, dealt with.

Between meeting with the tree guy and dealing with a long list of additional Life Business Items, including car issues, the week has been one of those blink-and-it's-gone weeks. I wrote a little bit and expanded the outline of my new story a little bit, but I'll need to do a lot more of both next week if I'm to reach the goal I set up with my writing buddy: 3,000 words, otherwise known as half of the rough draft of this story.

My projects for the week:

Writing: I'm up to a little over 200 words on the Weird West story, so I will have to basically lock myself in all next week and work on that at my highest intensity setting.

January's Other Project: Setting up my new office. This week I pulled off some of the painter's tape around the newly-painted walls, which is the kind of annoying little job I could avoid forever, because my messy painting makes the tape hard to remove. I am a tidier painter when I don't use the tape! But this time I was nervous about the prospect of intense deep ocean blue paint getting all over the place, so I bowed to my fears and taped around the edges. I'm sure there's a lesson in there. I also assembled a small storage cabinet. There's still a lot left to do.

Posted by NayadMonroe at 9:48 AM No comments: 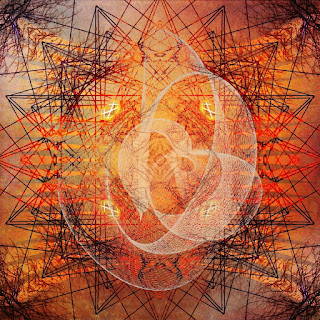 I happen to think it's pretty awesome to have a lot of interests and do a lot of different things. Which I do. Copiously and with thoroughness. But while I get a lot of satisfaction out of that, there's a trade-off that comes with it: very little linear progress in any one area. Because of that, I end up sometimes feeling like I'm getting nowhere, even after I've made bunches of things.

And I have goals. I do. NO, I DO. I've just been doing my own little butterfly-flight-style interpretive dance method of getting to them. I've decided, though, that this year I want to work on a more linear, forward-going approach, with more emphasis on writing. Instead of making an image for Instagram EVERY DAY, as I was doing for a long stretch of last year, I'm going to make one each week, and apply the 30-to-60 minutes each one usually takes toward story development and writing down words. That way I still get to enjoy that activity, but clear more time for the story-writing.

Here's what I've been working on this week:

Writing: My current story is my first attempt at the Weird West genre. I like the way it's going, but I haven't figured out the ending yet. I'm looking forward to finding out what happens! And I want to finish it by the end of this month.

Reading: I'm in the middle of reading three books:
January's Other Project: My new office. My office has been in a room next to the kitchen, where I can't completely close off the noise of the household because there's a pass-through window to the kitchen. You would think this would be the dining room, but my house is odd and it is not. Anyway, when I moved in here I set up my art things in another room, and then promptly started to do more digital art than painting, so now I'm giving myself an hour a day to transform that into a combined art-and-office room, with the hope of being able to get more writing done in the evenings, with the door closed.
Posted by NayadMonroe at 1:43 PM No comments:

I recently read a post by Amanda Palmer, in which she mentioned Henry Rollins. I don't even know if this is true, but what she said is that Henry Rollins is in the habit of taking an Inhale Year, followed by an Exhale Year, meaning that when he inhales for a year he is reading, absorbing, thinking, relaxing, and getting his mental state ready for a year of exhaling bunches of cool artistic output in whatever form it may take for him. I hope that's a fact, but I don't care if it is or not because it is a damn good idea either way. I want to try that system, but maybe on a shorter-cycle plan, like monthly. That's because, in looking back at 2015, I feel like I've been subconsciously trying to make that happen for a long time, but fighting it because I felt guilty about not producing enough. I'm starting to feel that I would produce more if I fought that less. If I planned to mentally respirate in a sensible manner and stopped feeling so stressed about it.

So! What did I actually do in 2015? Here you go:
So now I'm thinking about the things I want to do in 2016 (hint: one of them is posting in this here blog on at least a weekly basis), but I think this post is long enough for now! Happy New Year!
Posted by NayadMonroe at 11:38 AM 1 comment: