The Social Media Dilemma: Can We Not Have Nice Things? 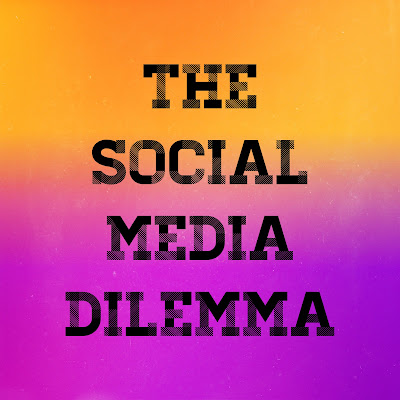 Like millions (billions?) of people, I'm on Facebook. I am also on Twitter, Instagram (which is now owned by Facebook), and Google+. I like being on the internet and using social media, in general, and I also use social media to share my creative work. I'm not over here just taking from social media; I'm giving it content that generates clicks on a near-daily basis, often many times a day, and that adds up to a lot of ad money for them and not a bit of ad money for me. They know I want to use their sites, however, so they seem to feel that they can take me for granted. The sad thing is that they may be right, for reasons I'll get into below.

I want places to post my thoughts and photos where interested people will see them. Let's be honest: I'm going to put a link to this post on all of the sites I mentioned above except Instagram, where I only post images of my artwork, which has been a neglected area of my output for the last several months (I can't do everything all the time! I do not like that about myself!).

But Nayad, you ask. What exactly is your problem?

Let me tell you about my problem. My favorite social media site has been Facebook, ever since LiveJournal stopped being my favorite. I've been on Facebook, collecting connections with people I've met, for over ten years now. Over time, though, the changes there have made it less helpful for me. One of the main things that bothers me about it, especially in the last couple of years, is the manipulation of what people will be able to see. Some posts are suppressed to the point of practically disappearing, for a variety of reasons. If you don't interact with someone enough, you don't see their posts as often, and that makes it harder to interact with them, so eventually you might never see their posts at all. For a writer like me, with 2,581 Facebook "friends" (which covers everyone from family through friends through acquaintances through friends-of-friends I have never met in person), that means most of the connections I might hope to develop actually cannot be developed. People who might like to see my public posts probably won't.

Yes, people can always go directly to my blog, or to my main Facebook page, and they might. I sometimes go to the main pages of people I want to keep up with. But I would prefer to have a social media feed that helps me to notice what's going on with people who interest me, but might not always be on the top of my mind. I want other people to be able to have the option of seeing my posts without the site adding a layer of its own "opinion" about which posts matter to which people.

A little while earlier this morning, I was thinking about this and - I know this is weird - I posted on Facebook about the idea of shifting more of my social media efforts to Google+, which isn't perfect but works differently. Almost immediately, I got a comment from someone who told me that Google+ is going to be discontinued. I looked it up: real news. I got other comments with ideas like using Instagram instead, or joining Mastodon, which looks like a better version of Twitter, maybe? Except a bit confusing to join? And a longtime early-adopter acquaintance who consistently finds the good stuff suggested Micro.blog, but I haven't had the chance to check it out and see how it works. So my Facebook people do see my posts and comment on them, and they simultaneously have similar concerns about Facebook and want to find better options. They also know just as well as I do that it's really hard to get anyone to try a new type of social media these days, because we get pretty invested in the ones we're already on and don't have the time to check out other ones that none of our friends are on yet, anyway. LIKE I SAID: DILEMMA.

I guess I want a social media site which:
You know? Something that contributes value to the world and manages to become profitable by not being obviously monofocused on profit?

Stop laughing at me.
Posted by NayadMonroe at 11:26 AM